Real Estate Buying Tips: How to Buy A Vacation Home with Family or Friends 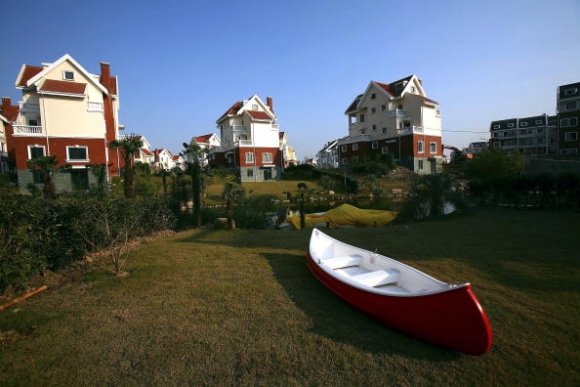 SHANGHAI, CHINA – SEPTEMBER 26: (CHINA OUT) A partial view of villas at the Luodian Northern European New Town under construction on September 26, 2006 in Shanghai, China. The town has been designed in a northern European country style and apartments are being sold at a minimum price of approximately USD 1,250 per square meter. The project is part of a scheme by the Shanghai municipal government to rehouse some 500,000 people in nine new satellite towns, each with a separate theme exhibiting exotic cultures. (Photo : China Photos/Getty Images

3 tips to organize the cabinet under the sink once and for all
What If Emojis Were Used in Real Estate Listings?