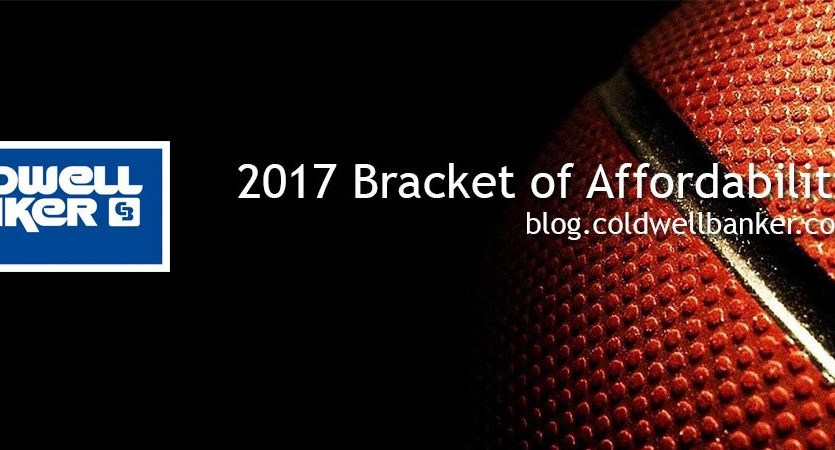 The NCAA Tournament field of 68 teams is set, but only one can be the home affordability champion.

It’s the most wonderful time of the year! March Madness is here and inevitably your bracket is already busted, but you just don’t know it yet. With the brackets set, it can mean only one thing – it’s time for the annual Coldwell Banker Bracket of Affordability. Each year we fill out a tournament bracket but instead of using logic, basketball know-how and intuition to determine the winner, we use the average listing price in each college market. It’s my pleasure to crown this year’s Bracket of Affordability champion – the Dayton Flyers of Dayton, OH.

Dayton is known for being a hotbed of college basketball fandom, but it’s also one of the most affordable towns in the United States. The average listing price in Dayton, OH is only $71,069. Compare that to the most expensive market in this year’s tournament, St. Mary’s hometown of Moraga, CA, which saw an average listing price of $963,843, and you could buy a dozen homes in Dayton for one in Moraga.

You can check out the average listing price for every one of the 68 college markets in the 2017 Coldwell Banker Bracket of Affordability or explore homes for sale in any market on coldwellbanker.com.

Are You Ready to Buy a Home?
6 Green Landscapes Perfect for St. Patrick’s Day