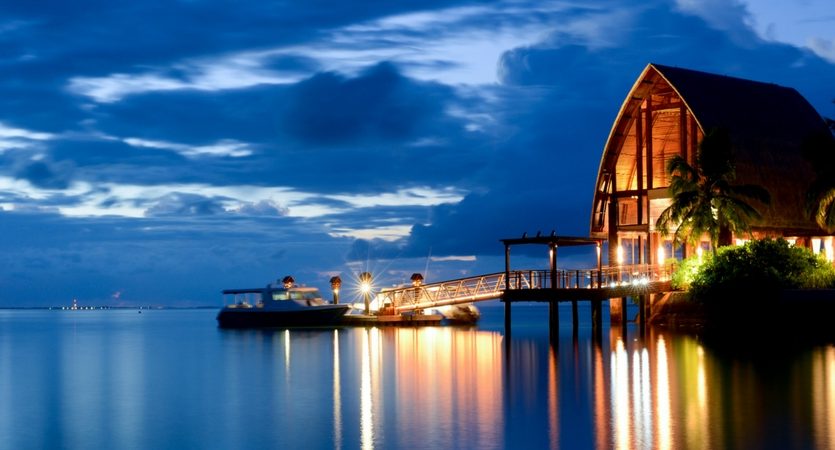 Movie stars and A-List directors used to break into night sweats at the thought of being subjected to working in “TV”,  but now the biggest and the best in movies have made concerted efforts to jump into television. With the continued amazing content being churned out by cable TV networks like FX and HBO, along with the proliferation of streaming platforms like Netflix, Amazon Prime, Hulu and countless others – we are no doubt in a new golden age of television.

The biggest celebration of television took place on Sunday when the 68th Primetime Emmy Awards aired at 8pm EST. The Emmys honor excellence across many different disciplines, but we think there should be an award for best home featured in a television program! From Games of Thrones, to Master of None – the last year has been a particularly great one in the tv show homes department.

In honor of all the great television across so many platforms we’ve had the pleasure of watching this year, here’s a look at 3 of our favorite homes from Emmy nominated programs!

Master of None / Home of: Dev / Location: New York City

The breakout comedy hit of 2015 was Aziz Ansari’s Master of None – which follows the personal and professional life of a 30 year-old single actor living in New York City. Nominated for 4 Emmys, including Outstanding Comedy Series – Aziz’s character is an older Millenial with impeccable taste in home decor.

The home is huge by New York City standards, and features a blend of  mid-century modern pieces with 70s and 80s flair that somehow works together perfectly. Game of Thrones / Home of: The Martells / Location: Dorne

While Jon Snow and the Night’s Watch layer up for the cold weather up north, House Martell in Dorne seems downright pleasant – which is saying a lot since mostly nothing is pleasant in the Game of Thrones fictional universe. We’re talking palm trees, ornate meeting halls, pools, pristine gardens and wine of course!

Regrettably for some, Game of Thrones is not real – but most of the homes in it are, and Sunspear in Dorne is no exception. During my recent travels to Sevilla, Spain, I had the pleasure of actually visiting the location that is used as the Martell home in the Emmy nominated (23) show! Here are a few pictures I managed to take while taking a tour. For context, a shot from House Martell in Dorne Gardens for as far as the eye can see. One of the countless open air courtyards. The Night Manager / Home of: Richard “the worst man in the world” Roper / Location: La Fortaleza in Majorca, Spain

The BBC’s big budget “The Night Manager” swept up 12 Emmy nominations for its sprawling world and we think, amazing locations. The show follows a night manager of a posh Cairo hotel who is recruited to infiltrate an arm’s dealer’s inner-most circle. The epic limited series starring Tom Hiddleston features some amazing locations, but none more grand than the home of “Richard Roper”.

According to the Telegraph, the sprawling clifftop villa overlooking the Bay of Pollenca was “originally built as a fort to protect the island against Barbary pirates in 1628.” The estate now boasts sprawling gardens, six villas, two swimming pools and unbelievable views. The real life home was sold in 2011 and became the most expensive property in all of Spain. – – –
We hope you enjoyed the Emmy Awards this Sunday! Which of these homes is your favorite? The beachfront villa, hip NYC pad or Dornish castle?